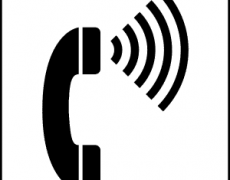 Anuradha Nagaraj’s story covers our service TTCU Kural, which helps workers in Dindigul and other parts of Tamil Nadu access their labour rights and complain against issues in their workplace. Originally published here.

As of Sunday, 30,000 workers across five districts of Tamil Nadu state were able to call in and report issues like harassment, overwork and withholding wages, said Vijaykumar Chinnasamy of the Dindigul district legal services authority.

“The work conditions in these factories are well known but the girls rarely complain because of fear,” Chinnasamy told the Thomson Reuters Foundation by telephone.

Lawyers from the legal services authority will follow up on complaints that workers call in, said Chinnasamy, adding that the service will eventually be expanded throughout the state.

There are more than 1,500 mills in Tamil Nadu, the biggest hub for textile and manufacturers in India, employing up to 400,000 workers.

Drawn from poor, marginalized families, the largely female workforce is underpaid, faces verbal and sexual harassment on a daily basis and is forced to work up to 14 hour shifts, campaigners say.

Very often workers are unaware of their rights, and face repercussions if they do speak up, so most suffer in silence.

“Anonymity is the advantage in this system,” said Barathi Palaniammal of Gram Vaani (Village Voice), the social technology company that developed the interactive platform.

People can call in and choose options including hearing messages about subjects like health and legal rights. They may choose to listen to messages left by others on subjects such as new job openings, or they can leave a message themselves.

If they choose to report abuses in the workplace, a union representative or a lawyer will contact them to help register a formal complaint and follow through with the process.

The service is being run by the Tamil Nadu Textile and Common Labour Union, one of the largest women workers’ unions in India’s textile hub.

Union president Thivyarakhini Sesuraj said volunteers are spreading the word in “every village” throughout the five Tamil Nadu districts where the service is so far being provided.

“Problems that workers face are buried inside the spinning mill or garment factory they work in,” she said. “Now a phone call will give officials outside a glimpse of the challenges workers face.”