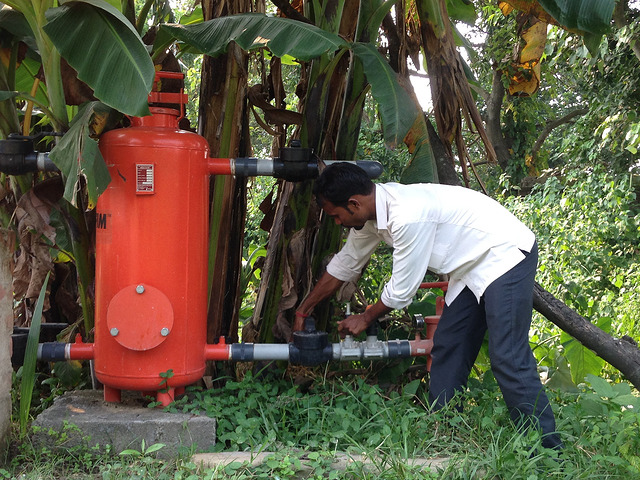 About the Mobile Vaani Impact series: Since 2012, Mobile Vaani has been reaching thousands of people in India’s vast hinterlands with news, views and information about health, banking, education, sanitation, sexuality, agriculture, government policies, etc. At the same time, the platform offers these people the opportunity to voice their opinions and grievances about issues in their lives and communities.

Over the years, Mobile Vaani has grown in its potential, becoming a trusted platform that people reach out to with hyperlocal topics of concern. Additionally, it is a go-to source that a variety of stakeholders in local government and decision-making bodies tune into to understand the pulse of the people. Mobile Vaani volunteers have an important role to play in this: they support people in grievance redressal by reporting these issues, forwarding the news reports to relevant local officials to spur action, and following up on their implementation weeks down the line.
This way, Mobile Vaani contributes to bringing transparency and accountability to governance in India’s deepest, oft-ignored villages.

The Mobile Vaani ‘Impact’ series seeks to track this far-reaching result of Mobile Vaani’s work in the states of Jharkhand, Bihar and Madhya Pradesh.

The first piece of the ‘Impact’ series traces the role of Mobile Vaani in highlighting the state of over 5,000 farmers in Kasmar in the Bokaro district of Jharkhand, who have been waiting for over a year for their agricultural insurance pay-outs following the drought of 2015.

In October 2015, volunteer reporter for Mobile Vaani Srinarayan Mahto reported the sorry state of Durga Puja celebrations in Jarandi in Bokaro, thanks to poor monsoons that had made farmers dizzy with worry over their crops. “There is no happiness,” he mentioned, even at a time of festivities.

Jharkhand was ravaged by a drought in 2015, with the state government declaring the entire state drought-hit in December that year. A report by the state agriculture department indicates that nearly half of all blocks in the state suffered at least 40 percent loss in their crops[2].  The state government demanded over INR 2,000 crore for drought relief from the centre. News reports stated that farmers across the state had to resort to eating weeds and grass to fill their stomachs in the absence of any earnings from harvests.

Agricultural insurance has been promoted by central and state governments in the country as one of the key ways farmers can minimise the damage caused to their finances because of losses and poor harvests. In Jharkhand, Primary Agricultural Credit Societies (PACS) are an oft-used mode to access agricultural insurance for farmers. As did the rest of the state, over 5,000 farmers in the Kasmar block in Bokaro, Jharkhand, had been paying premiums at the rate of INR 172/acre through PACS for a state-sponsored agricultural insurance scheme through 2015. The insured amount to be paid by the state in case of a claim was at the rate of INR 4,092/acre.

Following the declaration of drought in 2015, these farmers claimed their insurance pay-out from the government, which the government was to pay after a Circle Office report verifying the farmers’ claims against their land ownership.

As of December 2016, the farmers had not been reimbursed for their crop losses.

Diwakar Mahto, a leader of a local farmers’ collective, brought this situation to the notice of Kamlesh Jaswal, a Mobile Vaani reporter from Kasmar. Following verification discussions with farmers that this was indeed the case, Kamlesh reported the news on Mobile Vaani on December 20th 2016, and forwarded this to Shri Yogendra Prasad, MLA for the Gomia Assembly constituency, under which Kasmar falls.

Following this, MLA Shri Yogendra Prasad raised the issue at the Vidhan Sabha, questioning the pending repayment of claims to farmers in Kasmar. In response to the question asked by the MLA, a response was received on January 7th, 2017 through a memo from the agriculture department. As stated in the memo, compensation of INR 1,91,22,989 will be paid to 5,068 farmers at the rate of INR 4,092 per acre, after an investigation to be carried out by the Deputy Commissioner of the Bokaro district.

Speaking to Mobile Vaani reporter JM Rangeela, Shri Yogendra Prasad said that following receiving information from Mobile Vaani reporter Kamlesh Jaiswal, he raised the issue during question hour in Vidhan Sabha, asking why payments in Kasmar block were delayed while formalities in other blocks have been completed.  Shri Prasad said that he has also raised the issue with district-level officials to ensure all due processes to speed up payments are completed.

Will the smiles return?

While the state has benefitted from a better-than-average monsoon in 2016, farmers are still struggling to cope with their losses from 2015. Insurance pay-outs will be enormously beneficial in helping farmers plan their upcoming cropping seasons. Kamlesh Jaiswal, reporting for Mobile Vaani from Kasmar in Bokaro, indicates that farmers in the region are delighted to hear that they are likely to get their payments soon.

Mobile Vaani’s dedicated field team will continue to follow up on the news to ensure the Circle Office files its verification report to lead to speedy disbursement of insurance pay-outs to affected farmers.

Listen to the stories here!