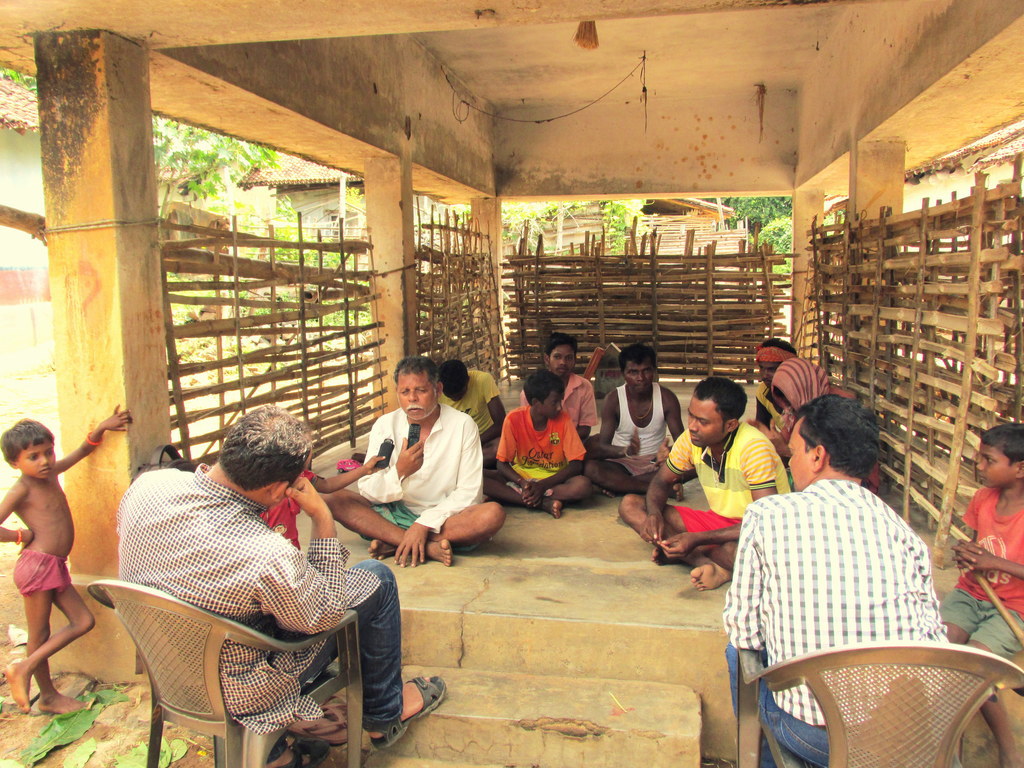 As India steps into its 70th year of Independence, a large section of the country’s population still remains unbanked. This malaise of inefficient financial inclusion has led generations of financial instability and pauperism among the lower income group who do not have access to financial products and services.

Most initiatives of providing no frills financial services and micro credit schemes found it tough to penetrate into the rural public. The unfavourable factors of illiteracy and misconceptions very much obstruct their access to the types of formal financial services delivered by regulated financial institutions.

The rural population’s expectations from financial institutions are simple. As quoted by the current RBI governor Mr.Raghuram Rajan, they are –“a safe place to save, a reliable way to send and receive money, a quick way to borrow in times of need or to escape the clutches of the money lender, easy to understand life and health insurance and an avenue to engage in savings for the old age.” Since 2005 various initiatives have been put forth jointly by the reserve bank of India and the governments which came into power.

All efforts by the banks and the government in the forms of various financial schemes find it tough to gather confidence among the uneducated rural class. This can only be tackled via proper passage of information and an independent body to help them with their queries and doubts.

Micro Save – a consultancy firm initiated by Bill and Melinda gates foundation working on the issues of financial inclusion partnered with OnionDev Technologies to run a voice based campaign on financial inclusion. The campaign titled “Bachat, Bima Aur Pension Ki Jaankari – Ab Aapki Haqdaari” which translates into information on savings, insurance and pension –your right. Graamvaani’s Interactive Voice Response System (IVRS) for communication “Mobilevaani” proved once again its effectiveness to reach out into the rural public.

The objective of campaign under DFII (“Bill & Melinda Gates Foundation) initiative of Micro Save is to impart easy to understand information on matters like banking, accidental insurance and financial welfare schemes. The campaign also aimed at addressing the larger issue of financial inclusion. The key target audience for the campaign included people in two pilot districts of Jharkhand i.e. Ranchi and Bokaro. .This weekly campaign aired through Mobilevaani consisted of 11 episodes- seven story based episodes to impart information and messages and four other episodes which answered to the queries raised by the listeners.

The campaign had to be well structured to achieve its full potential and the team started off with a pre campaign survey to collect demographic details of the potential listeners. It assessed the awareness level of people about various insurance schemes and banking facilities. Then came the comprehensive content plan which had the key messages to be shared with the people.

The seven episodes had a storyline which draws inspiration from the stories of community in target areas. These stories were collected by the community mobilisers of OnionDev. The information in these episodes is provided by raising the problem and sharing solutions of the same through their real experiences in flashback and incidents that take place in the current scenario.

A dedicated team took care of campaigns promotional activities by releasing eight promo episodes. These were played throughout the week on both Bokaro and Ranchi Mobile Vaani platforms and dedicated phone numbers for the campaign. Oniondev’s community engagement volunteers were trained on the different aspects of the campaign on the two MV platforms. To spread the campaign information they conducted weekly community meetings and also helped community members by taking them to the Bank Mitras.

The eleven episode campaign generated a total of 3659 unique callers. The engagement of female callers were quite encouraging. Most of the  callers in Ranchi and Bokaro shared their views and opinion on the campaign in interview format. Men and women jointly talked to contribute the 13 percent of total responses.

Community contributions could be seen in the following categories –

Electronic money might be a huge ask as the majority of people were not aware about the services provided by a bank apart from the transaction facility. They depend on paper cash for their daily needs and in emergencies they depend on the people around them. The campaign gave big insights into hassle free account opening procedures and about the provisions under PMJDY. Their understanding of the term insurance was that of life insurance policies and many callers were not aware about a scheme related to accidents.

The campaign with its focus on banking and insurance schemes spread a good amount of information in the communities residing in Ranchi and Bokaro districts of Jharkhand. People’s participation in the campaign showed their interest in knowing more about financial inclusion which is evident through the queries received on the platform and community took it forward with discussing about other financial schemes also. Spreading awareness and answering community’s questions relating to the benefits of saving at bank, accidental insurance and life insurance was covered nicely but the grievances like uncooperative attitude of bank officials reported by community also need to be addressed. Campaign went beyond awareness and information dissemination, addressing queries of people on banking and insurance. This is important for such a campaign as it inspires action at listeners’ end. Reserve Bank of India’s vision for 2020 is to open nearly 600 million new customer accounts and service them through a variety of channels by leveraging on IT. However, illiteracy, low income savings and lack of bank branches in rural areas continue to be a roadblock to financial inclusion in many states and there are inadequate legal and financial structures. A large scale implementation of such campaigns by Micro Save can help a lot when it comes to educating the rural public about the government’s efforts.