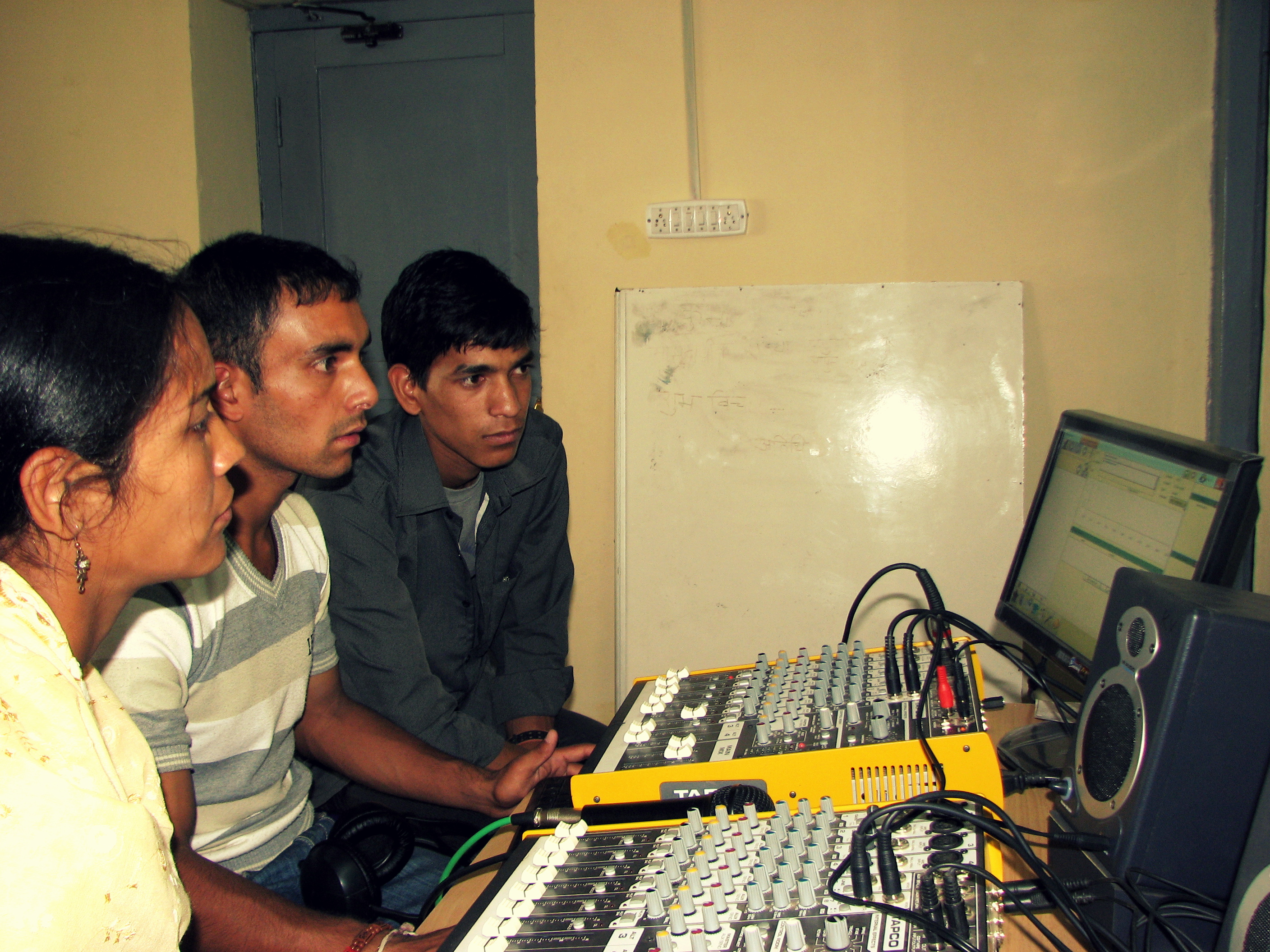 Community radio stations (CRS) are relatively young members of the mass media community of India. In a multi-linguistic, multi-cultural and multi-religious country like India, community radios stations which serve geographic communities can be an effective mechanism that can reach out to rural villages cut-off from the main stream media.  Since 2008, when the first community-based radio station licensed to an NGO was launched, several stations run by educational institutions and non-governmental organisations have set up stations. 179 CRSs currently operate in the country among which most are run by educational institutions and others by non-governmental organisations. In the last seven years, these community radios have had an impact in health and sanitation, education, food habits and family system and hence, have led to a significant change in the lives of the urban and rural population.

With the advent of community radios, the efforts of toppling the top-down approach of the radio broadcasting in India has advanced to the next level. Previously the listeners did not have any choice but to listen to the centralised programmes broadcasted by the mainframe radio which did not cater to any of their specific needs. But with community radio, the listeners are able to hear programmes in their local language, about their local customs and social practices and discussions on specific issues faced by their communities.

Even when this is true, to evolve into an entirely bottom-up structure, community radios should encourage more user engagement and participation, take active feedback in real time and be continuously in contact with the users. Only this can lead to an ideal situation where the people are listening to what they really want to hear, especially in the current scenario where only well-established educational institutions and NGOs are given license to operate community radios.

Gram Vaani has been working to improve technology for community radio and build a sustainable model for the CR stations since its inception. One of our foremost technology solutions for running community stations is the GRINS (Gramin Radio Inter-Networking System) which allows program scheduling and play-out, full telephony and SMS integration, internet streaming, content management and statistical analysis of play-out history. As the most popular low-cost radio management solution, it touches 2.5 million listeners in over 6 countries. There are over 25 community radio (CR) stations in India running GRINS. This interactive community radio prove to have produced significant awareness and empowerment improvements through the several public information campaigns run across communities on the Gram Vaani-CR Network. More recently, in our pertinent attempt to multiply the effectiveness of CR stations, we implemented another project for community radio using our vAutomate suite of IVR voice applications.

The objective of the project was to train and build the capacity of stations to use a community radio specific analytics solution built on vAutomate. Some of the applications that are included in the suite are vFeedback where stations can upload snippets of their radio programs on the IVR and ask their listeners to call and give feedback, vDemography where stations can collect demographic information about listeners through and vOutreach where stations can track the phone numbers of the listeners calling in the vFeedback system. The vFeedback can be used to solicit feedback from community members on the CR programming which can be both, qualitative feedback where members can record comments, or it can be quantitative surveys designed as a collection of multiple choice questions. The vDemography supports tools for collection of demography details about the listeners, such as age, location and profession. Using vOutreach, stations can then call out to these listeners and use this capability to either send periodic updates about station activity or send reminders about programs or even collect demographic information by connecting the call to vDemography system.

The data collected from these applications can be used to understand community perceptions about their programs, popularity of the programs and listenership base (location, demography) of different programs. It can also be used to build marketing material to apply for grants and local advertising. Since this technology allows callers to leave messages, listen to messages, and other exciting features such as vote on messages, etc, it can be accommodated as a listener engagement tool that CR stations can use in their programming to build a deeper connect with their communities.

Gram Vaani selected and trained 5 CR stations, Ujjas Radio (Gujarat), Kumaon Vaani (Uttarakhand), Radio Brahmaputra (Assam), Apna Radio (Delhi), and Henvalvani (Uttarakhand), on using its IVR solution. The project activity which had three phases involved training of the CR stations on how vAutomate technologies work and how they can be employed in their stations, using the vFeedback system in studying its statistics and making conscious choices about the parts of the vAutomate system they wished to use and using vOutreach and vDemography system to call out to listeners of the stations and collect demographic and listenership information. The project has successfully demonstrated the value it can provide to CR stations and has also brought to the front the need to continue supporting CR stations to build more capable champions of marginalized communities in India. The insights from the project are described in the infographic.