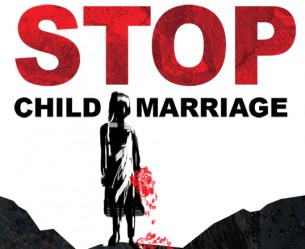 Our campaign on early marriage in partnership with Breakthrough was covered on Zee News! Original link

Breakthrough, a global human rights organisation came up with the project as part of its ‘Nation Against Child Marriage’ campaign in August 2013.

Encouraged by the response during its pilot stage running, the organisation has reintroduced the popular radio-tie up in Jharkhand and Bihar from January to March this year.

Built on an interactive voice response system, ‘Gramvani’ allows people to call into a number and leave a message about their community or listen to messages left by others.

Shobha S V, the project’s multimedia manager says the project is aimed at involving the people in a dialogue that is crucial for bringing in any social change.

“In tune with how technology can be used to bring about social change by reaching wide sections of people, we have designed the mobile radio Gramvani that caters to the rural populace of Jharkhand, Bihar and other areas.

“It is important to engage people to bring about any real change. Through this start up, they listen to the various audio interviews, radio drama and discussion programs related to child marriage. They can also record their suggestions and queries and get back to us, thus making the conversation two-way and more effective,” she explains.

Such a program comes in the wake of a recent report by Unicef stating that in South Asia, nearly half the number of girls who married early belonged to India. The figures claim that twenty-three million girls in India face the imminent threat of child marriage.

Child marriage in the country has been estimated to be decreasing at less than one per cent a year.

Working on a range of issues like health, infant mortality agriculture, domestic violence and gender issue, ‘Jharkhand Mobile Vani’ or ‘Gramvani’ aims to expand its ambit of broadcast and is currently working on a mechanism that allows the system to report cases of child marriage to the authority.

“Till now, the people shared their experiences of child marriage with us and we tried to make them aware about the ill effects of the practice. We are designing the next step of this project, i.e.- The reporting mechanism where we can figure out a way of registering such cases to the officials and prevent such dastardly acts to take place,” she says.

Talking about the statistics and the findings during the research for the project since the past four years, Meghna says they found out that people practice child marriage out of the extreme fear for the safety of their girl child.

“While most of the women who called us believed that child marriage should not exist, around 80 per cent of the men say that they fear for the safety of their daughters. They prefer to marry off the girls at quite a young age than risking their lives,” she says.

Sonali Khan, Vice President of the Delhi chapter of Breakthrough hints at taking the project to more avenues and tying up with more advocacy groups to root out the problem of child marriage from India.

“As part our effort to strengthen Gramvani, we are training volunteers from the rural areas to report cases of child marriage from their respective localities and take schools closer to girls so that they can break the barrier of distance.

“We are also keen on tying up with Unicef and the Centre which has shown an active interest in our campaigns to spread the message of ‘Nation Against Child Marriage’ even further.”

Gramvani currently running in Ranchi, Hazaribagh and Jamtara districts of Jharkhand and 15 districts of Bihar can be reached with the ten digit phone number.