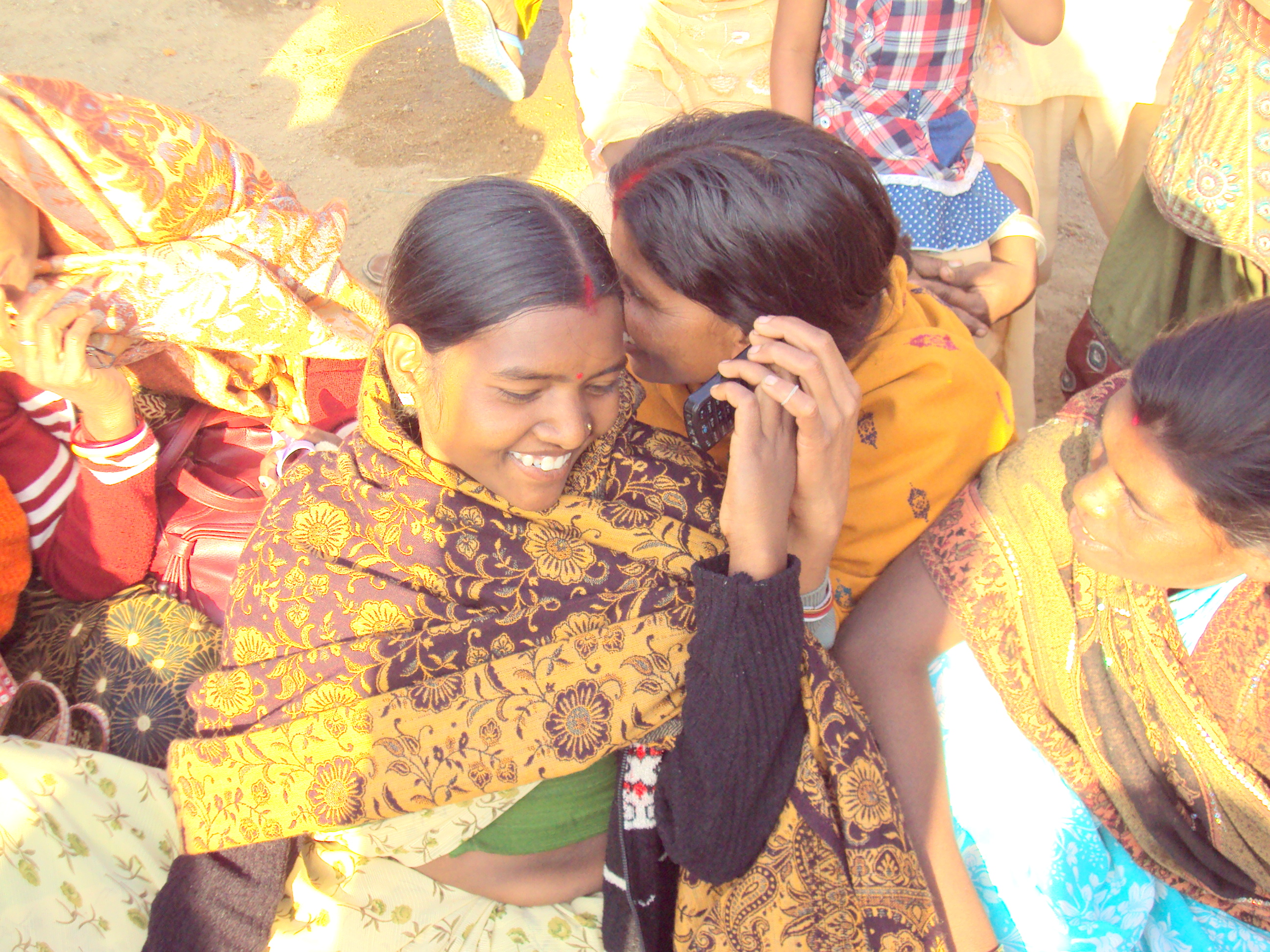 Anna from Thomson-Reuters has written a detailed article about Mobile Vaani, and spoken to several of our partners and callers to get their views as well. Original source here.

DELHI (Thomson Reuters Foundation) – The sound of a woman singing rises from a pair of small speakers connected to a laptop, filling the room with a rich, chromatic melody.

“It’s a Santhali song, local to a district in the northern state of Jharkhand,” explains Aaditeshwar Seth, demonstrating the latest in a series of voice messages uploaded to a social network developed by his social enterprise, Gram Vaani (“Voice of the People”).

“We wanted to tackle the communication barrier that illiteracy creates in rural areas, using technology” says Seth, explaining the motivation for setting up Gram Vaani five years ago.

Seth believes that India still has few forums for people with poor literacy skills – especially in rural areas – to share information and experiences with each other or the world at large. The Mobile Vaani (“Mobile Voice”) network is intended to help change that.

“What makes Mobile Vaani so different from social networks we are more familiar with is that it operates entirely by voice,” Seth said.

Launched in late 2011, the network allows mobile phone users to share and sort through information and questions on topics ranging from weather reports to agriculture, education and health, and even songs and poetry, using automated interactive voice response (IVR) technology.

“Not only do mobile phones allow poorly literate people to exchange information more easily by voice, they are also far more deeply penetrated into rural areas than the internet,” explains Zahir Koradia, a co-founder of Gram Vaani.

While 800 million people in India – nearly two-thirds of the population – have access to a mobile phone, just 150 million enjoy internet access.

“Even when people are able to read, they may not have the financial or technical resources to engage via the internet, and this excludes them from discussions,” Seth says.

For this reason Mobile Vaani uses mobile phones as the basic platform for exchange. The system now has more than 100,000 users in Jharkhand, a state in eastern India. It is contacted about 2,000 times each day by “listeners”, who call in to access free content through the network. It also receives about 70-80 contributions each day from users who record opinions, questions and information, just as you would update a Facebook or Twitter account.

According to Seth, all of this is done without a charge to the users, who give a missed call to Mobile Vaani’s main server number, and are called back right away.

Gram Vaani hopes to expand the network into the neighbouring state of Bihar by the end of November.

The greatest challenge in creating a social network that is voice-operated rather than text-operated is making it easy for users to search for information.

“Searching through voice content would be difficult for any user, especially one with a simple phone,” says Seth.

To address this, Mobile Vaani has developed a series of channels that can easily be navigated by users with the press of a phone button.

Unlike other social networks, content uploaded by users is moderated by a team of editors who decide what to publish, tag the contributions and then sort them into a variety of channels.

The channels also allow civil society experts to respond to questions and grievances uploaded by users, and to share important information, for example on agricultural practices.

“Our team responds to around 10-15 questions from farmers each week through our own agricultural channel” hosted by Mobile Vaani, says Prem Bhaskar of Pradan, an agricultural nongovernmental organisation.

Farkeshwar Mahto, a farmer from Jharkhand’s Dhanbad district, says he has benefited from the network.

“I got to know in detail about drip irrigation systems and the grant given by the government to those who want to use this system for farming,” he says. “I wasn’t aware of any of this before hearing it on Mobile Vaani.”

To support farmers like Mahto further, Bhaskar believes that more can be done to expand the network’s reach. “Mobile Vaani now needs to expand the extent of its service, particularly to farmers in the interiors,” he said.

Mahto has also used Mobile Vaani to record a report on illegal mining in his area, which led to orders from the local District Collector to ban the practice. According to the farmer, the network offers a space for expression that is otherwise very difficult for members of his community to find.

“In this corrupt era it is very difficult to get press reporters to cover our local issues,” he says. “Mobile Vaani provides an independent stage for presenting our views. Additionally, I don’t have to go anywhere to do so as my mobile is in my pocket.”

Mobile Vaani’s users frequently record feedback on the service, which often includes their own suggestions for how it could be improved.

“I appreciate Mobile Vaani taking the initiative to create slots for different kinds of content – entertainment, agriculture, health and children’s slots,” said Ramesh Kumar Maity, a caller from the Chaas Block of Bokaro District in a recorded feedback on the service. He suggested that quizzes or competitions would help increase the service’s popularity.

As Mobile Vaani grows, the team is keen to find more resource partners to provide content, particularly in the arena of climate change and the environment.

“These issues are discussed very actively on the forum, and are of growing concern among the communities we work with. In the future, we would love to be able to provide advisories on weather and agricultural forecasting,” Koradia says.

Gram Vaani’s efforts are part of a larger trend towards using information and communication technologies for development purposes. Mobile Harvest, Dimagi and CGNet Swara also use mobile phone technology to enhance the flow of information within the domains of agriculture, health and citizen journalism respectively.

Osama Manzar of the Digital Empowerment Foundation, an Indian nongovernmental organisation working to bridge the country’s “digital divide”, believes that it will be important for all these initiatives to keep innovating, as each has its limitations.

Speaking of the Mobile Vaani model, Manzar says, “IVR is a helpful way of channelling information, but it is not as interactive as some of the social media we are accustomed to in the written space. This doesn’t mean it isn’t doing good, but in this era of highly interactive social media, our approaches and technologies will have to keep evolving over time.”

Gautam Raju, founder of Australian social media platform Oursay, which partnered with Gram Vaani in April 2013 to arrange an internet dialogue on education between users of their various networks (including Mobile Vaani) and a federal minister, believes that the kind of innovation represented by groups like Gram Vaani will continue.

“We’re in the midst of a media revolution in India,” Raju said. “It’s going to be amazing to see what happens over the next 4-5 years”.

Anna da Costa is a New Delhi-based journalist with an interest in climate change issues.